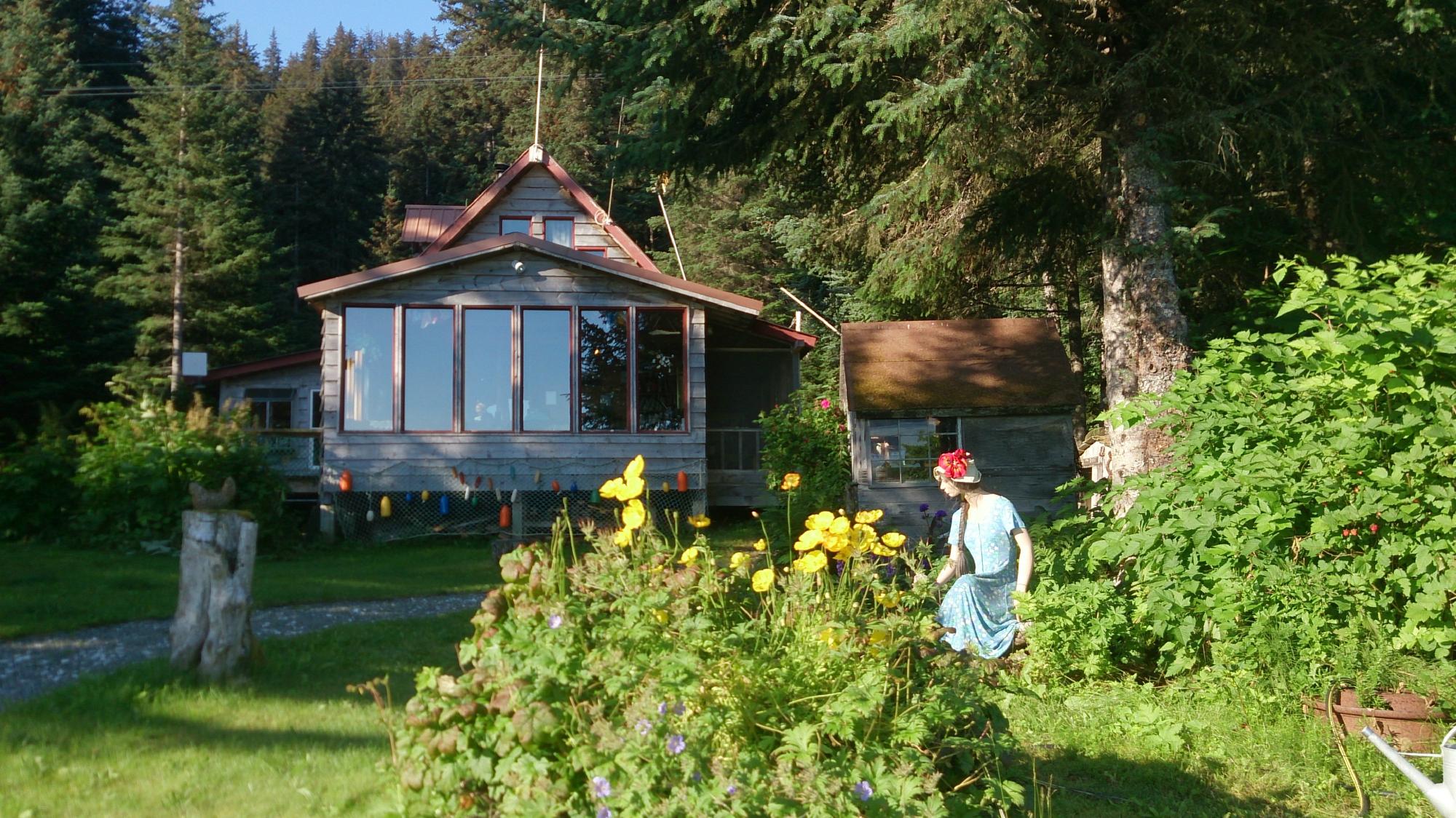 As your sea vessel slowly approaches Kasitsna Bay’s sheltered harbour, eagles on treetops chatter a welcoming tone. Your ride through yawing Kachemak Bay has just dropped you and your crew onto a shell-strewn, rocky shore for a vacation of marine-filled activities at Across the Bay Tent & Breakfast in Alaska. Pushing a wheelbarrow, owners Mary Jane and Tony Lastufka appear on the beach with greetings of “Hello!” and arm signals directing you to the most appropriate docking point. You have just made it to one of the funkiest and friendliest camps in entire Alaska.

As a longtime enthusiast of the laid back approach and family emphasis of the Kenai Peninsula, you have heard about this gem people refer to as Across the Bay Tent & Breakfast many times. However, for one reason or the other, you have never made an effort to schedule a date and make a trip there. Maybe you have just been ignoring the trip entirely, wondering “what’s so special about Across the Bay Tent & Breakfast anyway?” Well, everything. This is the simple answer that springs to mind after you realize the fundamental value of being off the radar for a couple of days at this beautiful place full of children-friendly outdoor activity. A few kilometres away from Sedolvia town, Kasitsna Bay is a summer home and fishing centre that attracts visitors from the neighbouring Homer, as well as other places. People make their way into the bay through the highway, small plane, personal craft, or water taxi. Everyone has a unique reason for visiting the place. Great fishing, some people say. Solitude, reports others. As for you, it’s all about exploring this part of the Kenai Peninsula. Vaulting above the vessel’s rail, and scrambling into Xtratufs, your kids help unload the bags to the shore while their eyes pay close attention to the rocky ground in search of crab legs, shells as well as other exciting flotsam that appeal to wanderers. Immediately you release them they make their way to the waterline paying attention to nothing but the water’s soothing lap over their boots and laughing as they shovel up shells and beach glass. This is life!

Since the 1970s, Mary Jane and Tony Lastufka have occupied the land that is now home to Across the Bay Tent & Breakfast in Alaska. Initially, the couple had built the cabin as a summer area for their private use. As their two daughters grew up, the couple had the desire to bring up the children as the custodians of Alaska’s incredible endowments. Kasitsna Bay offered enough sea and land area through which they could learn. Tony, who previously worked as an administrator for Chevron, was now a stay-home dad, while Mary Jane worked as a speech therapist at a local school and took the summers off. As teenagers, their two daughters Marne and Kjerstin remember the net fishing license set by the family which offered them work and gave them a little insight on sweat equity. However, as they became of age, Mary Jane told Tony that it was time to start considering other ways of keeping the cozy cabin on the Kasitsna bay and sharing the family’s passion for the forest and ocean surrounding it.